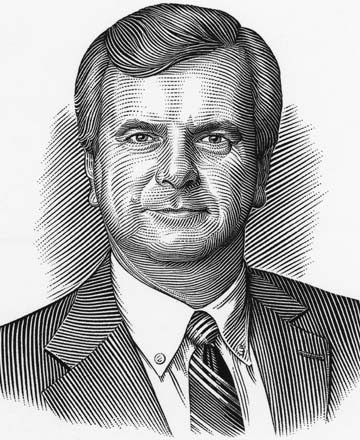 Kevin Sprouls introduced the hallmark portrait style to the Wall Street Journal in 1979. Between 1979 and 1987, Kevin worked on staff for the paper, creating illustrations and training artists in the style. At the time of his departure from the daily activity of putting out the paper, he was Assistant ...